Review, Safety considerations when working in power electronics, before proceeding.

There are three major components in this electric-drives system which will be used to perform all the experiments in this course. These are as follows:

As an introduction to the Workbench based electric drives system described above, a pre-built induction motor speed control model will be simulated and run in real-time. The following section, gives a brief overview of the various components, which will be used to run the induction motor speed control model. This will be followed by simulating the system in Workbench and a real-time implementation of the same on the inverter-motor drive platform.

The overall system is shown below and consists of the following components: 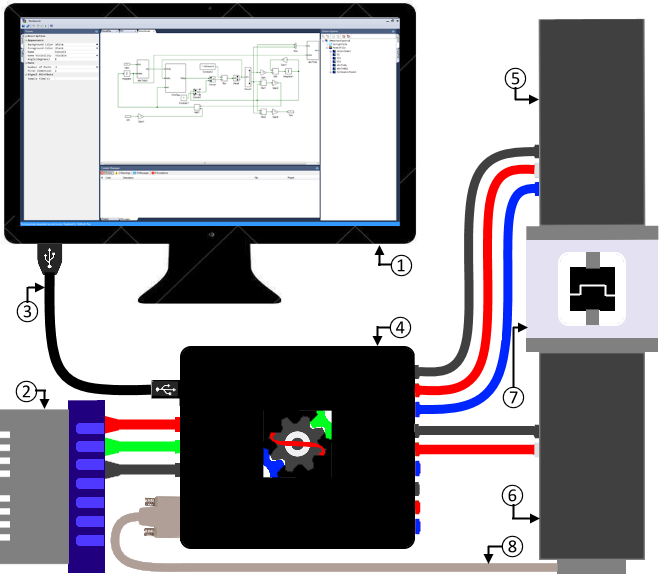 This concludes the section on getting started with Workbench simulation. In the following section, the same model will be run in real-time to control an actual Induction motor.

This concludes the experiment. This experiment was a cursory introduction to various concepts that will be continuously re-visited in subsequent experiments.


next topic : Characterization of Induction motor >