A buck converter is shown below, with the transistor and the diode making up the bi-positional switch of the power pole.

Similar to the CCM operation, under DCM, turning on the transistor increases the inductor current and when the transistor is turned off, the inductor current freewheels through the diode. During the freewheeling portion, as the energy stored in the inductor is dissipdated in the load, the inductor current continues to fall until it reaches zero. If the next switching cycle begins before the current goes to zero, the converter is said to operate under CCM. Else, if the current goes to zero and remains zero until the next switching cycle, the converter is said to operate under DCM. For a given transistor switching function waveform q(t), shown below, with a switch duty ratio d in steady state under DCM, the waveform of the voltage vA at the current port, for an ideal buck converter, is as shown below

From Eqns. 1 through 3, solving for the load resistance value at which the buck converter is at the border of CCM and DCM

Solving the above quadratic equation yields

The above waveform was for an ideal buck converter. One stark difference between the ideal and actual response is the observed osciallation in vA voltage and the inductor current iL during the doff,2Ts time period, as shown below.

This is due to the fact that both the diode and the switch's parasitic capacitance along with the buck converter's inductor form an LC tank circuit as shown below.

This model is exactly same as the one used earlier in Buck converter - Continuous conduction mode (CCM).

This setting is exactly same as the one used earlier in Buck converter - Continuous conduction mode (CCM). 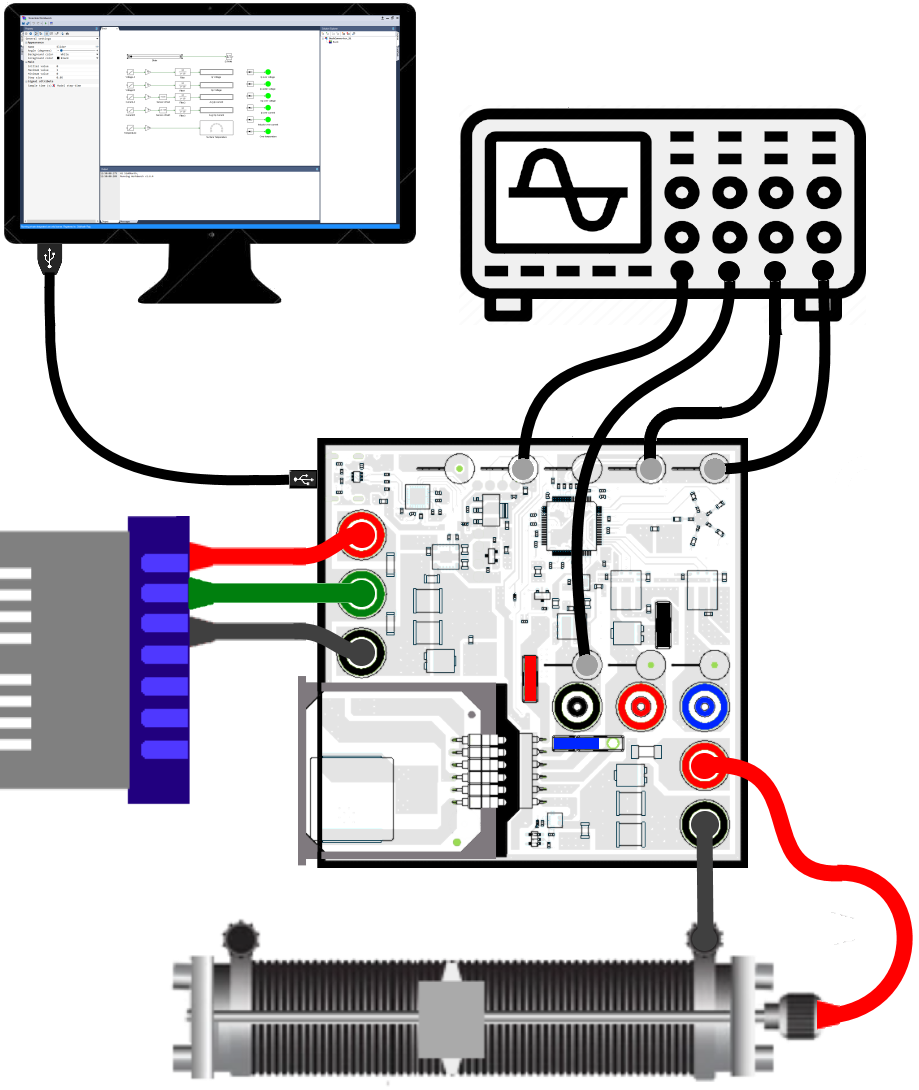